Cassie’s pregnancy is halfway through! She’s having a boy! 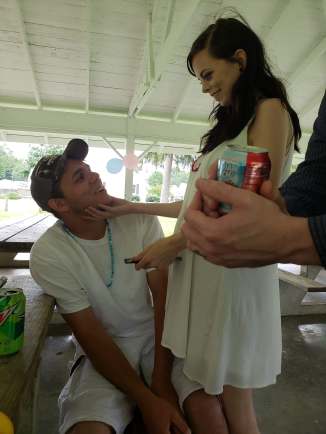 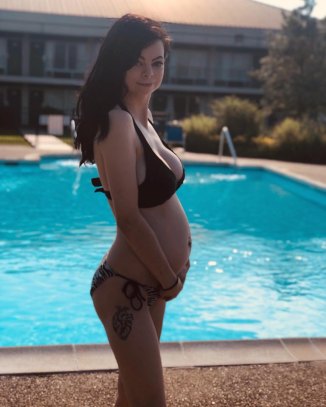 Labor and delivery for my second baby was easier than the first, for the most part. I remember at one point my labor just slowed to a stop. The doctors finally came in and told me that I had two choices. I could stay at the hospital and they could break my water, which would kick start labor back into gear. Or I could go home and wait for labor to restart on my own. This choice was given to me at about 8am.

Rob and I discussed the options and decided that since we were already there, and we already had Darcie firmly with a babysitter, we might as well just stay put. So, the doctor broke my water at 8:45am on August 10, 1998.

That definitely worked. Labor returned with a vengeance. My son was born at 9:17am….32 minutes after they broke my water. My sweet baby boy was the only child I had that was born in the morning. Gorgeous baby boy. Robert Scott Stewart IV.

Nineteen years later, my son isn’t nearly what I expected when I dreamed of what he’d be like as a grown up. But who is?

I just got a notification that I reached 50 likes on here! What??! I was so surprised! You all are just awesome! Who knew people liked hearing about my weirdo family and all our psycho problems! Anyway, thanks so much for supporting my need to file away my memories. Much love to everyone!!

have kids that don’t constantly fight? This plagues me constantly. It hurts my heart to hear them talk about how much they hate each other. I’m well aware that siblings everywhere fight, but I can’t figure out at what point in time that all finally ends? 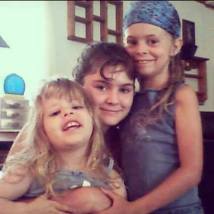 I have an older brother myself, but we didn’t really grow up together. The few years that we did live together as kids, I do recall the occasional arguments here and there, but he was also five years older than me. He had his friends and his life, and I wasn’t included in any of that. By the time I was 11, we no 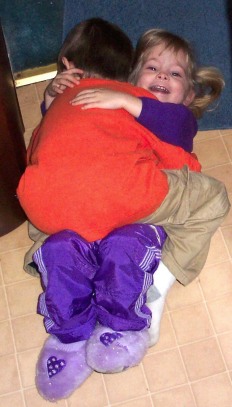 These days, my kids have had their whole lives together. In the last couple of years, Darcie and Cassie have finally gotten to the point where they’re close and loving sisters. It was a long, hard road because they’re

also five years apart. Stolen makeup and sibling arguments kept them going for a while but now they’re close and loving and have learned to appreciate each other. 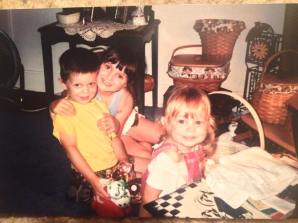 I included “happy sibling” photos to remind myself of the few times they were happy together….*sigh*

A lot of people will probably think I’m crazy but Ryan is my daughter Cassie‘s boyfriend. 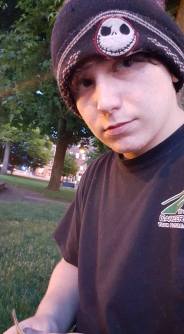 He’s been living here in my home for a few months now. They’ve been together for almost 2 years, or as I was informed yesterday “one year and nine months.” 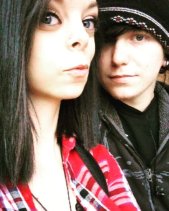 Before you ask, I’m not completely stupid. My daughter is most definitely on birth control, not that its anyone’s business but mine and hers. It helps that he is adamantly against teen pregnancy, as well. He’s 19, and she’s 17.

You should understand that Ryan hasn’t had it very easy for the last year or so. After he graduated high school, his mom and her boyfriend moved to a different city, and even after he found his first job he couldn’t afford to live alone on what he was

making. Due to high drama in my house, I felt safer with having another adult in my house since I work nights a lot, so after I tossed it around in my head for a couple of weeks, I decided to invite him to move in.

I don’t regret it. I love that kid like a son, and I feel like he respects me like a parent. He is a good kid. He adores my daughter (when they aren’t fighting) and he would bend over backwards for her, even if they were fighting. He always talks to me about their 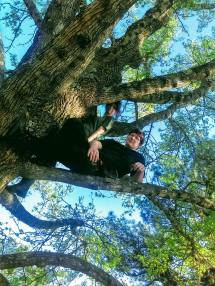 He’s officially a member of my family, regardless of whatever future he might have with Cassie. I’d never turn him away. 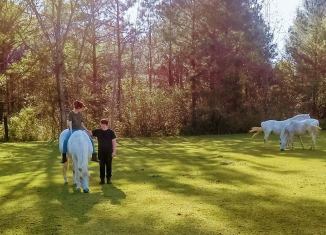 Over the years, I haven’t always worked. I was a stay-at-home mother with Nichole for many years. Therefore, vacations were never something we took very often. Usually, vacations consisted of going south to Mississippi to visit my mother. I did manage to get my kids to Niagara Falls once though. Most of our time we spend together is more local, such as the trips to the zoo or going canoeing.

When I took the kids to Niagara Falls, Nichole was four years old, Cassie was seven, Robbie was nine, and Darcie was twelve. They really weren’t impressed at all. I was. The falls were beautiful. But I suppose I understand that a bunch of water isn’t all that interesting to kids. You can really tell looking at their faces how much they truly didn’t care. A decade later, it kind of makes me laugh….

I’ve managed to get them to Mississippi quite a few times over the years. As I gather more of my pictures later and scan them into my computer, I will add them here. For now, here are pictures from:

One of the things I started doing a few years ago for my children’s birthdays is little day trips. This year, Cassie chose for us to go to the Columbus Zoo and Aquarium. Last year,

for Darcie’s birthday, we decided to go canoeing down the Mohican River here in Ohio. I hadn’t been canoeing in 18 years,

so I was particularly excited to go. My kids had never gone before so I knew they’d have a blast. She’s wanting to do it again this year, so this Sunday, we’ll be canoeing once again. Pray for me, as I’ve divorced my canoeing partner, so I guess I’ll have to paddle myself this year. 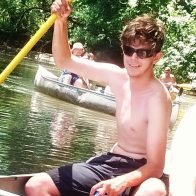 Last year, we took along Darcie’s boyfriend, Jason. He’ll be attending again this year. This year, Cassie’s boyfriend, Ryan, will also be attending. Robbie will not be attending, due to recent life changes he’s made. Nichole doesn’t want to attend either, but her beef is merely because of the water. Asperger’s children tend to migrate

away from certain textures that make them uncomfortable. Water is a hot button for Nickie, especially since our canoe tipped last year and she and I both went under water (which was a little more than knee high at that time).
Hopefully, this trip will be even more fun than last year. 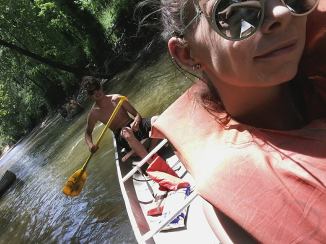 Darcie and Cassie have had a handful of friends over the years that had practically moved into our house. One actually did for a short while. I loved a lot of their friends like my own kids, and occasionally I miss seeing their faces. Try to enjoy your children’s friends. Family is family, but friends are random people you meet and adopt into your life. How long they stay in your life is entirely up to you. It’s amazing to think that your children can make friends at such a young age, and manage to keep those friends for years.

Roommate shot and killed himself. I met his brother at the funeral and a little over a month later, we started dating. Couple of years later, we were married and had Darcie.

Now, over twenty years later, my son, Robbie, is showing the same signs and making the same threats about suicide. I wish I could figure out how to help him. The night of his graduation, he ended up in the ER for a psych evaluation, under suicide watch. This was the second time the police have taken him in for the psych evaluation. Over the years, I’ve tried sending him to different therapists, and he’d just get bored and quit after a handful of sessions. He has a hard time making friends, and inevitably he chooses friends that end up using him for his car or his paycheck. He’s always been shy and awkward around girls, so when he does have a girlfriend, he tends to bend over backwards and give them whatever they want to keep them happy. In turn, they end up using him as well. I’m at such a loss. How do I help guide him towards better friends and better relationships? How do I help guide him in appreciating all that life has to offer when he just continues to get shit on?

He breaks my heart. He makes my soul ache. I don’t want to lose him and yet, I don’t know how to keep him. I try so hard to make him feel appreciated and loved, to make him smile or enjoy life. I just don’t feel like he does….

I’ve raised four children and three of them are total water babies. Darcie, Robbie, and Cassie turn into fish as soon as they step foot in water. Nichole…not so much. Over the years, we’ve taken them to lakes (such as Rustic Knolls Campground) and bought the little inflatable pools and such. A few years ago, I broke down and bought an above-ground pool that lasted two years. When we tried to put it up for the third year, there were tiny holes all over the floor of the pool. Enclosed are some of my favorite photos of my little swimmers over the years. I’ll try and caption each of them to label who is who.